As the 2015/16 summer transfer window reached its climax almost two weeks ago, much of the talk for Evertonians, and the British press, still centred around the future of John Stones thanks to Chelsea’s unrelenting pursuit of the young defender.

And, with attentions predominantly turned towards the conclusion of the two month saga, a rejected £8m bid from Norwich City for Toffees forward Steven Naismith seemingly slipped by without too much fanfare from much of the national press.

Amongst Everton supporters, however, debate raged as to whether it was the right or wrong decision to decline what appeared to be a ‘too-good-to-turn-down’ offer for a player who had divided opinion ever since he joined the Goodison Park based club on a free transfer in the summer of 2012.

The 28 year old’s industrious performances, never-say-die attitude and occasional knack to bag the odd goal have always been viewed as positives by the Goodison faithful, but plenty still believe that Everton’s tempo and play is stifled whenever Naismith turns out in the Royal Blue shirt, and believe that he does not possess the footballing nous to play the way that the Toffees are instructed to do so.

All of which left many fans wondering where Naismith would fit into Blues manager Roberto Martinez’s plans for the coming campaign. After all, the Scotland international would struggle to dislodge first choice pairing Romelu Lukaku and Ross Barkley from his two favoured positions in the striking and number ten roles in Martinez’s starting eleven and, with increased competition for places across the forward line due to the summer acquisitions of Tom Cleverley, Gerard Deulofeu and Aaron Lennon, and the improving form of Arouna Kone in the early weeks of the season.

There is one trump card, though, that Naismith possesses that is vital to Everton’s cause – his ability to notch goals against the best teams in the Premier League is second to none within the current Everton first team squad.

Since making his debut in August 2012, in the 1-0 victory over Manchester United, Naismith has accrued an impressive eleven strikes in eighteen matches against the so-called Top Five clubs in England’s highest tier.

A goal each against Manchester United, Manchester City and Liverpool, two against Arsene Wenger’s Arsenal and a mightily impressive six – including Saturday’s perfect hat trick – against reigning league champions Chelsea has seen Naismith become Everton’s Mr Reliable when it comes to the big games, and pours scorn on the notion that he offers nothing more than good old hard work when on the pitch.

Naismith’s movement, particularly in the build up to his first goal at the weekend, may have appeared simplistic but it was effective, as he ghosted inbetween John Terry and Kurt Zouma to power a header past Asmir Begovic.

So too was his off the ball work for his second – peeling off marker Branislav Ivanovic to create enough space to drive home from the edge of the box.

And, finally, his link up play and deft touches before darting into the area to apply the finishing touches to his, and Everton’s third of the afternoon to once more showcase just how intelligent a footballer Naismith really is.

Naismith’s record against the wealthier clubs is all the more important, too, considering the inconsistent nature of Messrs Lukaku and Barkley who, at just 22 and 21 years of age respectively, can and will perform below their best on occasions whilst still learning their trade.

In the build up to Saturday’s encounter with Chelsea, much of the focus will have been on Stones. In the aftermath, attentions turned to Jose Mourinho and whether the mounting pressure on his Portuguese shoulders is already becoming too much to bear, just five matches into the new campaign.

Much like the rejected bid from Norwich, Naismith will continue to fly under the radar at Everton and crop up with important goals against England’s finest.

‘Money cannot buy you everything’.

Evertonians have become accustomed to sound bites from players, managers and their football club itself throughout its 137 history, with Alan Ball, Dave Hickson, Brian Labone, William Ralph ‘Dixie’ Dean, Neville Southall and David Moyes having all had quotes about Everton Football Club go down in history to varying degrees.

Current Toffees boss Roberto Martinez can add himself to that list.

Following the Blues’ 5-3 victory over Barnsley in the second round of the Capital One Cup two weeks ago, Martinez defiantly stood up to Chelsea’s tireless pursuit of Everton defender John Stones with an honest, open post-match interview that included the quote mentioned at the beginning of this piece.

It is a move that could end up paying dividends in rekindling Everton fans’ faith in him. 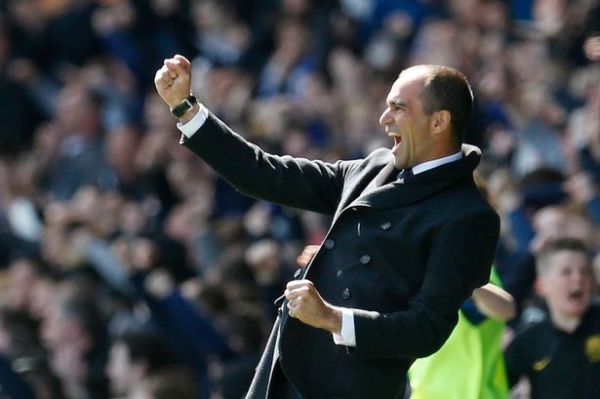 The support from the Goodison faithful was unwavering in the Catalan’s first season in charge, with a record Premier League points haul of 72 – which led to a 5th place finish – bearing witness to the manner in which Martinez had appeared to take the Toffees to the next level up from predecessor David Moyes.

But Evertonians’ patience and belief began to falter throughout the course of last season as the former Wigan Athletic manager notably struggled to reach the lofty heights of the previous campaign.

Unable to marry commitments in both the Premier League and Europa League, Everton’s form suffered. A bottom 10 finish for the first time since the 2005/06 season, first round exits in both th FA Cup and Capital One Cup and a capitulation in the Europa League last 16 tie to Dynamo Kiev resulted in Martinez having much to ponder throughout the summer months, and Evertonians wondering if the Spaniard was the right man to carry the Blues forward.

Such feelings failed to dissapate after a summer that saw only Tom Cleverley and Gerard Deulofeu join the first team ranks – albeit before August 28th – and the crescendo of boos that greeted both Martinez and his players at the half time interval on the opening day of the new season, with Everton trailing 1-0 to newly promoted Watford at home, only served to reinforce the turning of the tide against Martinez.

It is all the more remarkable, then, that opinions of the current Toffees boss, since those post-match comments, seem to have turned back in his favour. 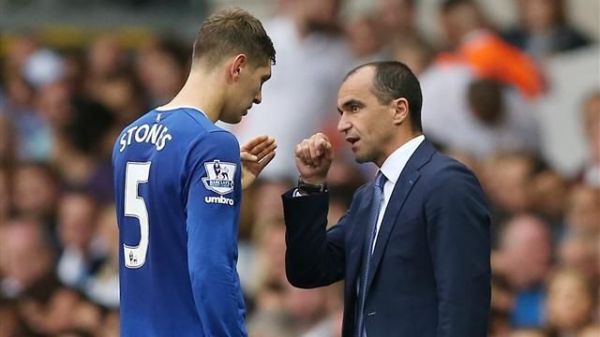 The almost father-esque manner in which he protected Stones, particularly in the wake of the 21 year old handing in a transfer request just 24 hours before the Toffees’ trip to Oakwell, and the veracity with which he drew a line under the month long saga drew plaudits across social media amongst Everton supporters in the days that followed.

Of course, Martinez will be judged primarily on what occurs on match days. Positive results in the league, which would allow for a return to European football, and potentially a 1st trophy in 20 years would catapult confidence in the Spaniard skyward, and earn respect exponentially quicker than soundbites in his press conferences, interviews and post match reaction pieces.

So, too, would bringing more exciting, talented footballers to Goodison Park to wow the crowds. Incomings into the first team squad have been mixed at best since Martinez’s arrival, with the overriding opinion being ‘can do better’.

There is no denying, however, the pragmatic and dignified manner with which Martinez has addressed this particular issue in the face of such dogged persistence from Chelsea Football Club and the national media to see Stones move to Stamford Bridge.

One soap opera will not completely sway judgement back in favour of Martinez, but he has not harmed his chances of doing so in recent weeks.

Money most definitely cannot buy everything. For Evertonians, it could not buy a more virtuous, honourable manager than Roberto Martinez.