Throughout the years, with the conclusion of each E3 event, there has been a growing notion that there has to be an outright winner amongst the video game industry’s leading competitors.

In 2013 Sony drew the plaudits with their ‘For the gamers’ centric presentation, whilst last year’s showcase seemed to tip the balance of favour into either Microsoft’s or Sony’s corner, depending on which ‘fanbase’ gamers belonged to.

2015 was no exception to this growing and slightly peculiar trend. This time around, however, it wasn’t a developer, publisher, or giant within the industry who could stand proud knowing that they had won the acclaim of those lucky enough to attend gaming’s most glamarous convention.

This year’s winner was, in fact, the gamers.

And with good reason. The glut of video games that are set to appear on any and all platforms in the next six, twelve, eighteen months and beyond lends credence to the claims that E3 2015 has had the best lineup of titles in the expo’s entire history. 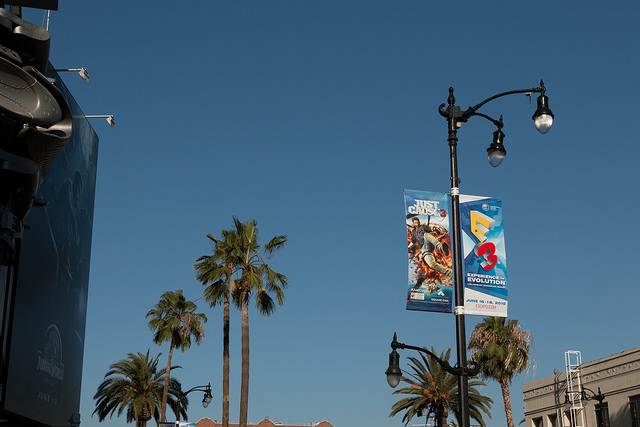 And that’s just the triple A publications on offer. The indie gaming scene has never looked stronger as well, with the likes of Below, Cuphead, Dreams, Beyond Eyes, Unravel and Anno: 2205 being praised for their gameplay and ingenuity.

Couple these with developments in both virtual and augmented reality (how mindblowing was Microsoft’s Hololens demo?), alongside the revelation that Microsoft has achieved backwards compatibility to enable the Xbox One to play Xbox 360 games (Sony could potentially follow suit in the future), and console gaming looks destined to enjoy a substantial fruitful period.

PC gaming also looks to be in fine health too, in spite of the inaugural E3 PC Gaming show seemingly lacking much charisma or much in the way of genuine gaming reveals, compared to the other seven main stage shows. With many titles destined for consoles also coming out on PC, the ever growing popularity of the Steam community and the ability to pretty much mod any game (Bethesda did hint at bringing mod support to Fallout 4 on console versions during E3 too), computer enthusiasts have no reason to fear missing out on any of the best up and coming titles nevertheless.

Of course, many punters will point to the glaring issue that trailers and demonstrations during E3 are made to look more aesthetically pleasing, and include features that tend to not appear in the final version of the game, in a bid to elevate the hype and excitement enough to pressure gamers into pre-ordering games months in advance of their release.

It is a point worth making. Gamers have been burnt in the past by promises of seeing their most anticipated games running at reduced frames-per-second than was first revealed, or with graphics dumbed down to help games run smoother, or seeing elements of gameplay completely stripped from the final product once games have hit both physical and digital stores. Such revelations can and have led to skepticism amongst the gaming fanbase, with many reluctant to part with their hard earned cash until final versions have been released and reviewed.

The fact remains, though, that this year’s plethora of announcements, demos and press conferences have showcased what appears to be the most diverse and rich offering of video game titles for a long, long time. If a high proportion of developers and publishers can stick to their E3 promises, the next few years have the potential to be the gaming industry’s biggest and brightest era since the dawn of video games themselves.

E3 may have come and gone once more, but there is plenty to be optimistic about. It’s a good time to be a video gamer, that much is certain.