After 10 months and 380 matches the 2014/15 Premier League season came to an end last Sunday afternoon and, with it, came a sigh of relief from Evertonians across the globe.

Fans of the men in the Royal Blue jersey have watched on as Roberto Martinez’s charges struggled domestically to finish outside of the top 10 in the league standings for the first time since the 2005/06 season – as well as bow out of both cup competitions at the first hurdle – and whilst the Toffees’ Europa League adventure ultimately ended in failure thanks to a last 16 defeat at the hands of Dynamo Kyiv, it remained the only slight positive from an overall insipid campaign.

And with Everton’s first team squad now jetting off around the world until they report back to Finch Farm at the start of July, what better time to look back at each individual’s form, performances and statistics from the outgoing season.

Part 1, concerning the Blues’ goalkeepers and defenders, can be found here, and in this second article it is the turn of the Toffees’ midfielders and forwards to be reviewed:

Gareth Barry: After a successful season long loan spell, big things were expected of the veteran midfielder in his debut season as a permanent Everton player. Injuries to fellow centre midfielders ensured that Barry played more matches than both he and manager Roberto Martinez would have liked and, as a result, his form dipped for much of the campaign. Showed signs of recovery during Blues’ mini late season revival, and like many of his team mates Barry will have to perform better come the 2015/16 season. Rating: 5/10

James McCarthy: A hamstring injury between November 2014 and February 2015 cut a huge swathe through the Republic of Ireland’s season – a four month spell that coincided with the Toffees’ horrendous run of results that produced a miserly 2 wins from 15 games before his return. Combative and effusive as ever, the 24 year old enjoyed a fruitful-by-his-standards scoring run in a more advanced role during the Blues’ late sequence of unbeaten matches. Would have vied for the Player of the Season award had he been fit for the whole campaign. Rating: 7/10

Darron Gibson: Niggling injuries continue to prevent the 27 year old from stringing a number of matches together but, when the former Manchester United man figured, he played a key role in helping the Toffees overcome their treacherous run of form throughout the festive period. Question marks remain over his future due to constant presence in the treatment room, however. Rating: 6/10

Muhamed Besic: The £4m summer signing from Ferencvaros became somewhat of a cult hero amongst sections of Evertonians in his debut Everton season, with his bustling, all action performances providing bite to the midfield areas. Hot headed both with and without the ball, however, and will need to work extremely hard to push Barry and McCarthy for a more regular starting berth next campaign. Promising. Rating: 6/10

Leon Osman: A tendon injury prevented the diminutive midfielder from figuring in the early months of 2015, but the 33 year old returned to produce some impressive performances out on the left wing as the seaosn drew to a close – his stunning equaliser at West Ham United in the 2-1 win capping off a particularly stand out display. Will remain an important squad player under Martinez for a couple more seasons to come. Rating: 6.5/10

Steven Pienaar: Severely restricted by injuries this season, the former South Africa international only managed to feature once in the latter five months of the campaign. His partnership down the left with Baines was sorely missed this season, and has a battle on his hands to recover his starting position after a season of frustration. Rating: 5/10

Christian Atsu: Hugely disappointing loan spell on Merseyside. Featured just 4 times in 2015 for the Blues – the last of those appearances coming in the 5-2 defeat to Dynamo Kyiv in the Europa League – and never managed to light up Goodison Park, despite his undoubted talents that have been showcased time and again for Ghana. Will most likely receive more game time on loan at newly promoted Bournemouth next season. Rating: 4/10

Aiden McGeady: Like many of his midfield contingent, the wideman suffered from injury that restricted his involvement in the second half of 2014/15 as a back niggle ensured McGeady made just 6 appearances in 2015. Bagged 1 goal and 4 assists for the campaign, but inconsistency on the field and a rare red card in the FA Cup made certain of a below par season, and did little to keep away the detractors. Rating: 4.5/10

Kevin Mirallas: The Belgian’s splendid 2014/15 came to a shuddering halt thanks to his brazen, selfish act with regards to the penalty incident in the 0-0 home draw with West Bromwich Albion, before a hamstring niggle kept the winger out for a month. Enjoyed his most productive spell as an Everton player – 12 goals and 2 assists – but the penalty event, coupled with the 27 year old constantly stating that his future would lie away from Goodison come the summer, has left a sour taste in the mouths of Everton fans. Rating: 6/10

Aaron Lennon: The Blues’ only January transfer activity saw the arrival of the pacy winger on loan from Tottenham Hotspur, and after an initial bedding in period the 27 year old helped revitalise Everton’s stuttering season. His work up and down the right wing – both offensively and defensively – endeared him to the Goodison faithful, and built up a good understanding with right back Seamus Coleman as the months went by. Could be back in the Royal Blue jersey if the Blues can strike a permanent deal with Spurs. Rating: 7/10

Ross Barkley: The youngster’s knee ligament injury on the eve of the 2014/15 season opener meant that the England international did not feature until mid-October, but despite an outstanding performance in his first apppearance of the campaign – the 3-0 win over Aston Villa – the 21 year old’s season never really got going. Registered just 2 goals and 3 assists in a season where he struggled to replicate last season’s form. A summer break will no doubt do him the world of good. Rating: 5.5/10

Steven Naismith: The Scot struggled to reproduce his best form in the second half of the 2014/15 season, but his efforts throughout the first 4 months of the campaign will ensure the 28 year old can look back and be personally pleased with his contribution to the cause. Will never lack fight and desire for the Toffees cause, and is a worthy option in the latter third of the field should Martinez look to utilise him. Rating: 6.5/10

Arouna Kone: Appeared to have finally turned a corner in his Everton career, with his 1st Toffees goal coming against Newcastle United before the turn of the year, but found it difficult to figure such was the form of Romelu Lukaku. Seemed to be developing a promising partnership with the Belgian in the last few games of the season, but failed to showcase much to prove he would be a valuable option for Martinez. Could end up being 3rd or 4th choice striker come the start of 2015/16. Rating: 4.5/10 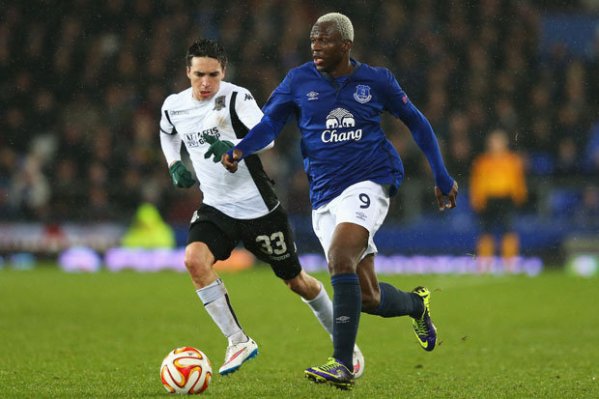 Romelu Lukaku: A completely different player to the one that was dropped during the festive period. 2015 saw the 21 year old bag 13 goals and 4 assists – including his first Everton hattrick in the 4-1 win over BSC Young Boys – as the striker overturned a lacklustre first half of the campaign to become a stand out performer for the Toffees. Still has areas to improve upon, but if Lukaku can take this form into 2015/16 he’ll be one of the Premier League’s most feared strikers. Rating: 7.5/10

Roberto Martinez: The Catalan’s second season in charge of Everton was in stark contrast to his first. Questionable tactics, a stubborn refusal to change his mantra and philosophy until the Blues were truly in the mire, and with reported fallings out with the likes of Sylvain Distin, Samuel Eto’o and Luke Garbutt, Martinez’s management syle has been called into question too often this campaign. The 41 year old has divided opinion amongst Evertonians throughout the 2014/15 season, and has a big summer ahead to haul the Blues back into the upper tier of the Premier League next season. Rating: 5/10