The 27 year old, and fan favourite on the terraces of Goodison Park, laid claim to a stoppage time penalty at the end of the first half of Everton’s eventual 0-0 draw with West Bromwich Albion – a move that sparked days of debate amongst Evertonians as the Belgian international appeared to arrogantly defy instructions that dictated regular penalty taker Leighton Baines should take the spot kick – and promptly missed the chance to send the Toffees into the break a goal to the good.

“I have never said I absolutely want to leave Everton. I like it over here, but I feel ready for a new challenge. I dream of playing in the Champions League next season. With Everton or with another club. I just have to see after the season.”

It seemed that, in a matter of a couple of weeks, Mirallas had gone from hero to zero amongst the Everton faithful. 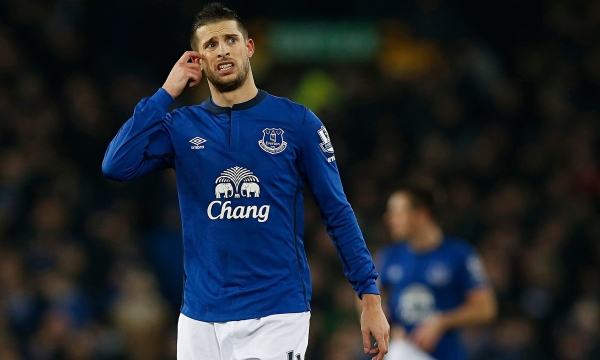 A sad state of affairs, clearly, after the impact that the 46-times capped international had had since his arrival from Olympiakos in the summer 0f 2012.

Before the hubris displayed by the pacy forward on that cold January evening, Mirallas had netted 9 times and assisted 3 Everton goals in 22 appearances during the first half of the season – his most productive season to date in the Royal Blue jersey – and had amassed 26 goals and 23 assists in just 92 appearances overall in his two and a half seasons as an Everton player.

But following that penalty miss and his subsequent withdrawal at the half time interval by manager Roberto Martinez, rumours abounded that the Catalan had removed Mirallas from the field of play for disregarding team instructions, in spite of the Spaniard’s insistence that Mirallas’ withdrawal was due to a niggling hamstring injury he had been carrying for a number of weeks.

Then came Mirallas’ comments to the Belgian media and with it his alleged falling out of favour with the Everton manager, despite starting important matches in both the Premier League and Europa League for the Toffees.

It looked, from the outside, that Mirallas’ Everton career may be on the wane.

More gossip and conjecture materialized upon the absence of Mirallas from five successive match day squads – but his involvement against Swansea City and Burnley recently, coupled with comments following his match winning performance that he was “100 per cent fit” implied that the wideman solely needed a recuperation period following a strenuous season for both club and country. 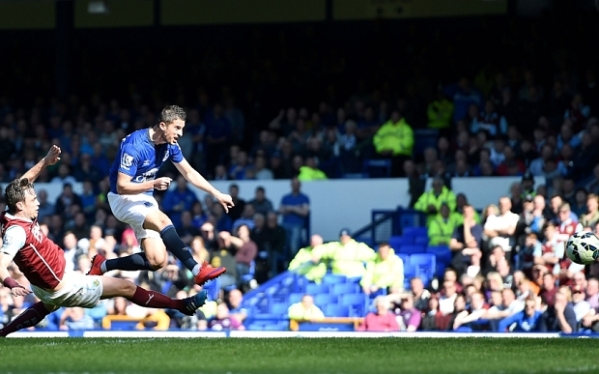 And, contrary to the negative chatter surrounding his future, both Mirallas and Martinez have revealed the forward’s happiness at Everton in recent weeks – Mirallas, in particular, stating he was “very happy to play for Everton” as recently as the victory over Burnley.

Still the question over his future remains, however.

28 years old this coming October, Mirallas is in his prime years as a footballer with clear ambitions on showcasing his talents in the Champions League over the coming seasons – whether as an Everton player or not.

The Blues, meanwhile, would be loathe to lose one of their star men, and require players of the ilk of Mirallas to help them reach the upper echelons of the Premier League once again next season. Nonetheless, Martinez has a number of talented members within his squad who are adept enough to lead next season’s charge if Mirallas opts to leave, and would look to bolster the first team squad with more talent from the fee attained from Mirallas’ potential sale.

The coming summer transfer window is one that Evertonians will observe with keen interest, and Mirallas will have to decide where his future lies – aiding both himself and Everton in achieving their goals, or moving on to pastures new.

The card game Pontoon is known for its stick or twist mentality. Mirallas will have his own ‘stick or twist’ conundrum to deal with at the season’s end.